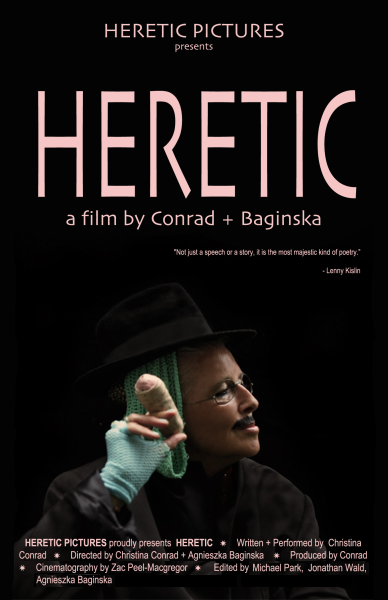 "This is not just a speech or a story, it is the most majestic kind of poetry. She is so passionate, so intense about everything she feels. I cried and laughed and felt all of life crumble and piece back together in these 80-odd minutes."

An unusual autobiographical documentary that lifts the lid on the mysterious life of Christina Conrad - painter, poet, sculptor & film-maker - whose life-long struggle with convention, prejudice, injustice and the art world's respectability, reminds us of our own personal dramas and the hidden strengths with which we confront and survive the risks and hazards of a world that is working overtime to make everyone the same. As Conrad unwraps the hidden personalities of her inner landscape, she gives her voice to the voiceless, to those that created in secret and died of of neglect. Here is a story so personal, so exact in its examination of one human's life it is capable of speaking to and on behalf of the lives of human beings everywhere.

In keeping with the artist herself, HERETIC, is an exception to most of the rules. This is storytelling at its most personal, its most confronting and naked extreme, conveyed by a surprising mix of tragic/comic monologues, bizarre improvisations, and an assortment of unusual and vivid characters. Juxtaposed with masks, icons, paintings, fetishes and sculptures by the artist, as well as a rich selection of archival photographs, the film follows the artist's life from her eccentric childhood in New Zealand through five children, two marriages, several near-death experiences, and her life-in-exile in Australia.

Carried along by the on-going avalanche that is her life, Conrad provides startling 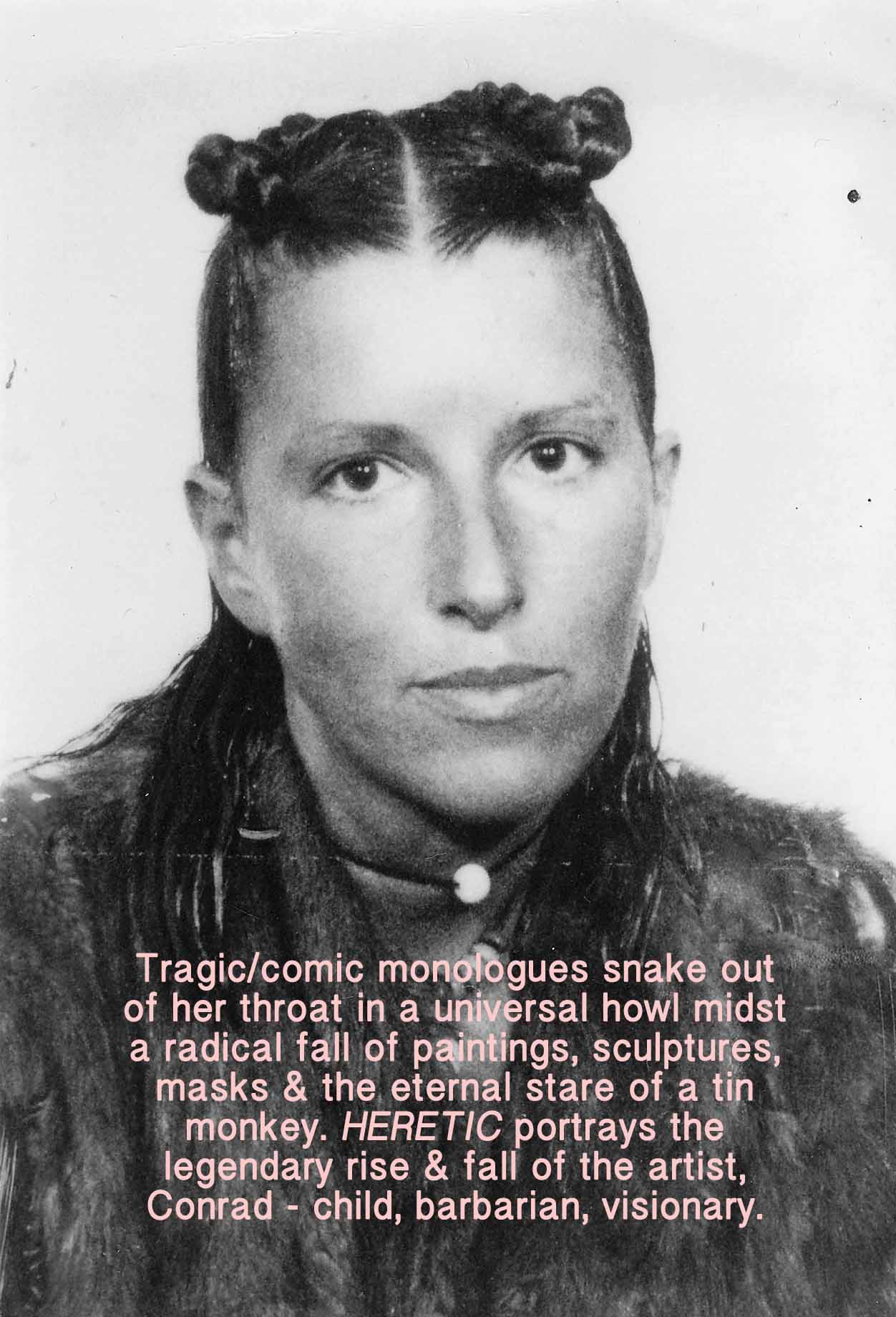 vantage points from which we can view not only her life but our own. In her case, it is a life that epitomises the courage and vision of a woman to find the means to express and conduct the tumultuous and contradictory energies arising from being an artist, a mother, a daughter, a criminal, and the consummate outsider. In the process she conjures a startling picture of human life, which provides an unforgettable story, proving once again that the best non-fiction films are "best" not because they are the most informative, or most the persuasive, or even the most useful, but because they are the most creative, effective, and valuable human documents that can be made from the circumstances represented in them.

Punctuated by an evocative, original score by Me-Lee Hay, HERETIC offers up a thoroughly unexpected and unpredictable portrait of one of the world's fiercest and freshest artists.

"Once, again, you have shaken my core. You've reminded me of how honored I always felt to absorb your being. You are definitely the truest artist-creature I have ever known.  There was not a single second of this film in which I was able to "relax." I didn't want to miss a word or an image. Congrats to all involved in the making of this masterpiece (especially the STAR).   Seeing you, hearing you, reuniting with your art and remembering a grand moment from my past has been an exhilarating experience for me.  Thank you, thank you, thank you!" 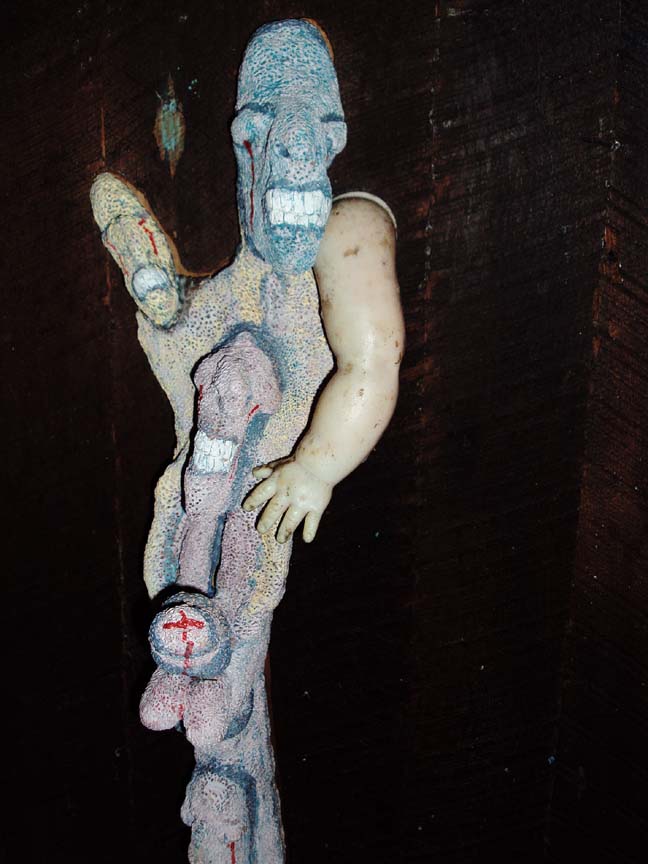 Staring into a haunted mirror she sees the eyes of those that were taken away, those that died without a name. She squeezes inside the haunted mirror, collects hundreds of silver keys for opening sardine tins; the sardines lie squeezed together, their eyes staring. She bleeds paint on ghostly canvases,  paints ghostly effigies devouring slippery moons, their howls engraved on naked stone. She paints violet shadows eclipsing tightly bandaged cocks with suppurating eyes, cunts possessing revolving glass doors reflecting tomb robbers caught in the act of stealing the keys to sardine tins.  Year after year she is drowned in Images - continuously shaking that broken kaleidoscope of heart & mind. She has become obsessed with the flight of immovable objects, the mercurial tension of movement  The lucid eye, the candid eye : a camera unattached, floating, streaming,  shooting the impossible. Dreaming in dark, sequestered rooms, winged legends glide across the luminous screen of her mind. Her heart, a red, plush movie theatre, her box seats stuffed with People, their avid eyes devouring fabulous legends of love – hate -  life – death.  The passion to make movies busts out of the black antique jack-in-a-box of her mind, demanding to be given life.    -   Conrad 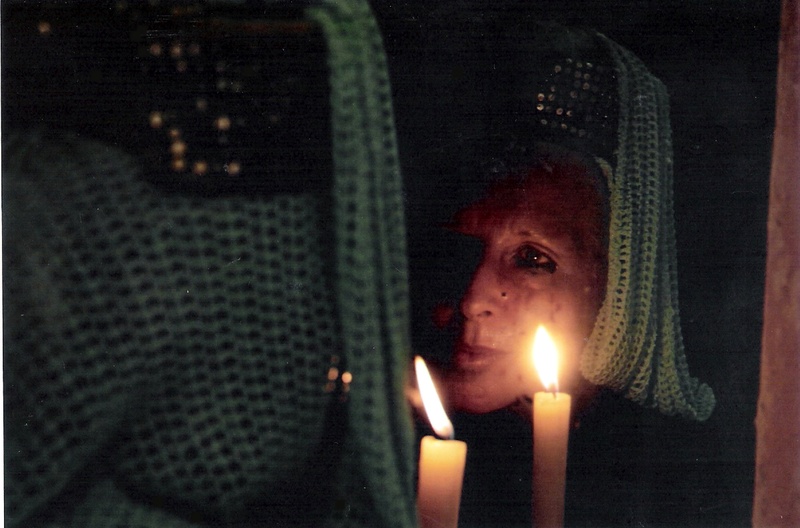 Working with my co-director, Agnieszka Baginska, I was caught in the curiously secret act of materializing words in flight, dreams, concepts; struck by a vision from childhood of my Mother flinging writhing sheep’s tongues into boiling water, lifting them out she skinned them placing them into a deep bowl. She seized a black iron, pressing it savagely down on the mute tongues. That fearful stench of boiling sheep’s tongues wafted under my directorial nose.  A white tongue of flame leapt into my heart.

Directing this film was characterized by an intuitive pattern of action & non-action, complimented by the sweet dolorous breath of Miracle. The words of an old childhood mantra indelible on my tongue, repeated itself over and over:

“If you tread on a crack you’ll marry a rat.”

One must tread on the central crack if one is to fertilize the mind. Tragic/comic monologues snaked out of my throat out in a universal howl midst a radical fall of paintings, sculptures, masks, performances, and the eternal stare of a tin monkey, portraying the legendary rise & fall of the Artist, the Mother, the possessor of the infamous cunt, housing bones & teeth of savage applicants for the crown, the hat of the Fool.

In suppurating separation Conrad & Baginska played this mad game of life & death, whilst the juice of Inspiration spat into the unblinking eye of hidden exposure. All concepts were blown into nothingness and transformed by Conrad and Baginska striking the sacred nut of creation with a be-furred bull rush. Thereby we discovered the Miracle of blindness. Eyes became attuned to the haunting double of a looming, inescapable shadow.

The uniting of these aspects created a mandala in homage to those great, tin spinning tops, rainbow colored, humming radiating sparks of light.  That kaleidoscopic life of the Legend set in that mad milky jelly of Inspiration, that sticky jube of the central Beloved in a flaming wig Conrad calls up out of a secret throat with all the gulping hunger of director/performer/artist seeking in the fulsome & fetid undergrowth that great flower of Heretic writhing in the shinning skin of a passionate idea swathed in lucid dementia and the revelations of one of the obsessed. 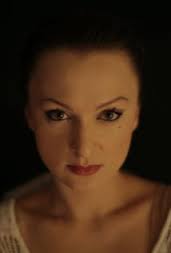 Conrad approached me about collaborating with her in the making of Heretic. She wanted to know how I would feel about her story, its subject matter, and if I would like to be an editor for the film.

As an artist, a woman and a liberated human being, I found the subject to be very appealing. I walked into her house and I felt the gust of creativity  - it was filled with the most extraordinary paintings and sculptures. I could see hundreds of stories flying around and I was intrigued.

Christina was very passionate and enthusiastic about the project, which made the process very exciting. I decided to come on board as an editor and an interviewer.

Without a crew of people around as a distraction, it quickly became a very intimate process, Christina was the director, producer, the main character in the film and for this reason she controlled the process entirely.

I felt that we needed to somehow break it. After the first few days of filming, our trust in one another had become more secure. We both came out of our shells and discovered new possibilities for the film. We started to experiment with the form of the documentary, deciding to design etudes, which would reflect the stories and flashbacks through visual language and theatrical performances. We allowed ourselves to embrace our inner child, without any mentor hanging over our heads. The process was very inspirational and entertaining.

We would invent scenes and film them together. Our ideas were in synergy with one another and I soon realized the film had started to take on its own shape, as peculiar as it was, the film had become a collage of interviews and staged mono-dramas. The film's narrative combines a series of thematically connected scenes revealed chronologically with absorbing prologue and very dramatic epilogue.

It was surreal, inspired and full of color - she was talking about reality - yet we saw reality through her eyes and not just observation.

After we finished shooting, we showed the first edit to our co-producer, who realized that it was not just the work of one person, but two people and I was credited as co-director.

Heretic is a very special film to me; it is definitely not a mainstream documentary that one has seen many times before. I just hope we can find a festival that is as brave as us, so people may have a chance to see it.

It 's a honest look into the life of an inspired, reclusive and eccentric artist and the film's form reflects it by remaining true to its subject matter and without conforming to conservative ways. 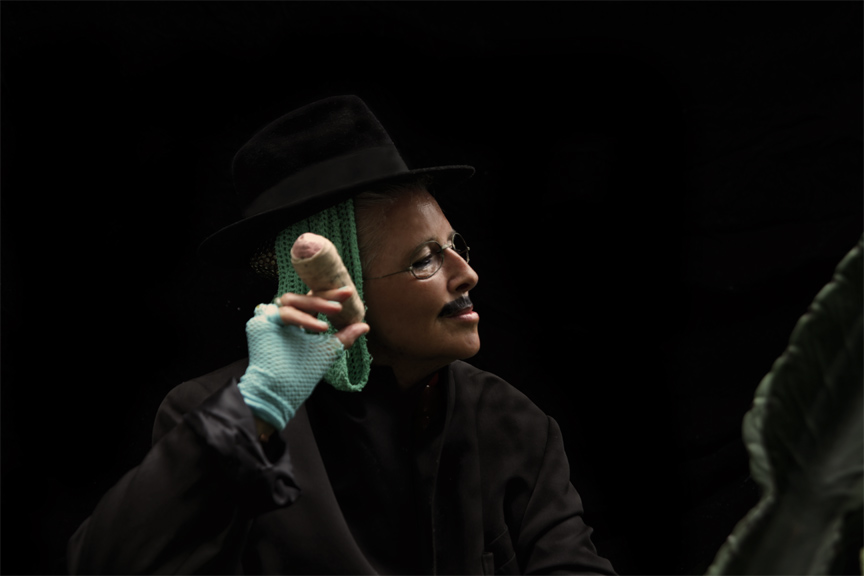 STILLS FROM THE FILM 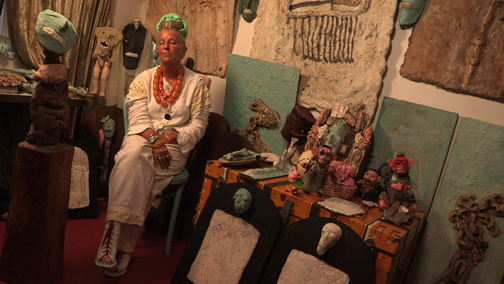 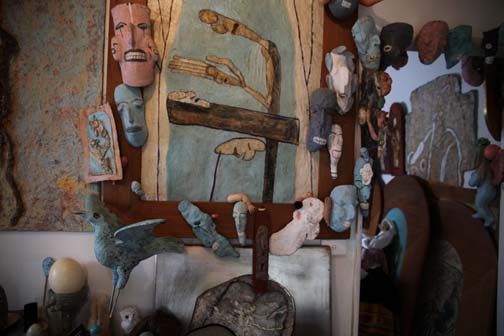